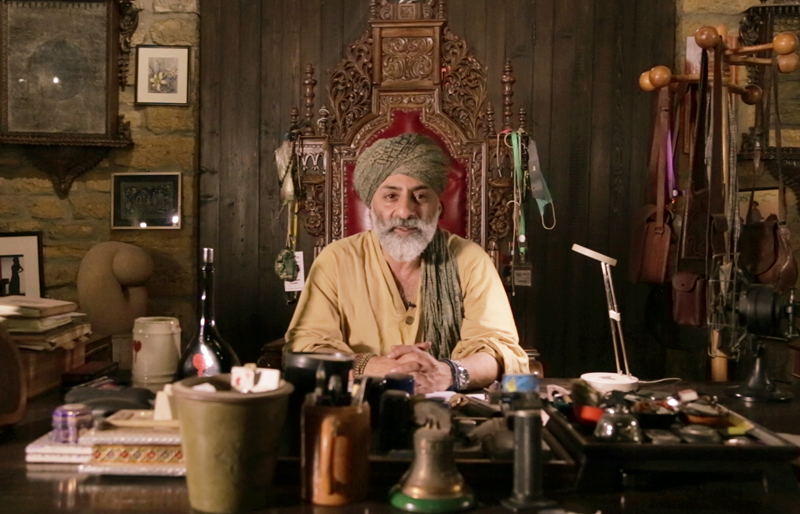 He paints his silhouettes in words
before draping it on skin..

This is his way of expression,
his way of learning…

If there are words to define the person that is Yousuf Bashir Qureshi, these would fit perfectly. Yousuf or
YBQ, as he is more prominently known to the world as, has written this poem himself which justifiably
sums up his philosophies. He is an artist, a writer, a poet, a designer, a philanthropist and even a farmer.
However, all of his accomplishments that we know him for today, is the fruition of a journey that spans
decades. A journey which, surprisingly, did not start off with YBQ as an artist at all! On the contrary, the
boy born on 2 nd March 1971 in Karachi, was looking to try his luck in the army via a Cadet College.

YBQ’s destiny changed when he embarked to the US. Initially pursuing a degree in Food Sciences, his
love for the arts and his need for self-expression finally took over! He started fashion designing, creating
a style that is unique to himself by fusing contemporary Pakistani fashion with the ancient Indo-
Hellenistic roots that the Indus Valley Civilization finds itself in. Today, Qureshi talks about the Indo-
Hellenistic fashion as his formula for success. He believes that it is fundamental for our people to stay
true to our roots. Roots that stem much deeper than the partition era, or the Mughal Empire. When the
forces of Alexander the Great came to India, one of history’s greatest cultural blends took place. YBQ
has revived the fashion of that era in the 21 st century.

Success followed YBQ in the US, success which helped him enter Hollywood and quickly serve some of
the biggest names and icons in the industry. From the Queen of Pop Madonna to designing the iconic
costumes worn by the likes of Keanu Reeves in the Matrix Trilogy, YBQ became the fashion designer he
was always meant to be! Yousuf came back to Pakistan in 2004, on the insistence of his grandfather.
Here, he transformed the Pakistani fashion industry and art scene forever!

In Pakistan, YBQ inherited his family’s warehouses at Karachi’s I.I. Chundighar road and it was here that
he changed the artistic landscape of the country. He laid the foundation of Pakistan’s first and only art
commune. Today, the commune is used by photographers, painters, sculptors and anyone who has a
passion for artistic endeavors. It has become a community space which unites the people. It is also used
by YBQ for all his projects, fashion designing and otherwise. It is here that he has painted,
photographed, held exhibitions and hosted events that have helped shaped YBQ’s extensive legacy with
the arts and crafts.

Yousuf Bashir Qureshi believes in the philosophy of love and that everything else is secondary to it. For
him, nothing can add value to life than the innate desire to help fellow human beings. YQB is one of a
kind. From working in Hollywood and launching his own fashion design brand to establishing Pakistan’s
first artist commune and changing the industry with his unique style and bold, yet profound,
philosophies. He is a man of many talents and he is a man with a lot to say. Whether you agree with him
or not, no one can deny his success and no one can help but respect him.

Yousuf Bashir Qureshi is an entity which is perhaps best explained by the man himself! Here is an
Interview we took with the man himself at Commune Artist Colony. Get to know YBQ as he narrates it! 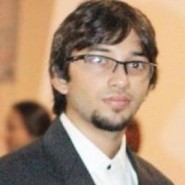 A Digital Marketing Geek, working in the reputed organization. I enjoy interacting with people and sharing experience in the field.A strong believer that content marketing is about delivering useful content at just the right moment.

A Beginner’s Guide To Makeup Products

Most Useful Accessories For Men In Karachi

Karachi Vynz are already on it. ARE YOU? Get Your FREE PSL Ticket & More from SavYour! Where? Inside FREE SavYour A… https://t.co/pY8FqWCtBL