The burning question this PSL 2018 is undoubtedly the brand new franchise Multan Sultans. A completely new squad that might outshine all the other teams if they play their cards right. The Schon Group won the rights to own the sixth team in PSL 2018. PSL congratulated them after they paid $5.2 million per year to join PSL 2018 as a new emerging team. Karachi Kings’ ex-captain Shoaib Malik will be leading the Multan Sultans team as the captain in PSL 2018.

The Sultan of Swing – Wasim Akram will be acting as the new cricket operations’ director. The head coach for the Sultans will be none other than Tom Moody.

With the presence of T20 cricket specialists, the platinum picks of the Sultans include Shoaib Malik and Kieron Pollard. The legendary Kumar Sangakkara brings in the required experience and with Junaid Khan comes his brutal pace. The Sultans have also selected Sohaib Maqsood, Kashif Bhatti and Irfan Khan as their silver category picks. Together, Multan Sultans team are all set to rock PSL 2018.

The healthier aspect for Multan Sultans team is that two senior cricketers will be supporting Shoaib Malik; Kieron Pollard and Kumar Sangakkara. Pollard is a huge T20 star and the Sri Lankan stalwart Kumar Sangakkara, is nothing but legendary. The only regret for Multan Sultans team perhaps would be not getting an early pick. However, with Ahmed Shehzad, Mohammad Abbas and Nic Pooran on board, their line-up could throw in surprising matches throughout PSL 2018.

The Sultans opted for three left-arm pacers; Sohail Tanvir, Mohammad Irfan and Junaid Khan. They are in the pink of their form and the fans are expecting a brilliant play from the Sultans.

Furthermore, Sohaib Maqsood, Irfan Khan and Kashif Bhatti are working together to win PSL 2018 as a team.

The Sultans faced Peshawar Zalmi as their first contender and they won the match by 7 wickets. A target of 151 runs was given by Peshawar Zalmi which was easily accomplished by the Sultans with 5 balls remaining.

Apart from that, Mohammad Irfan managed to score 2 wickets. Sohail Tanvir, Junaid Khan, Imran Tahir and GC Viljoen were all successful to take 1 wicket each. People Expectations are now high from Multan Sultans team after they have won their first two matches, check how people are showing their support on Twitter.

2 Matches so far in PSL, Won both.
Deal with it pic.twitter.com/N9TIE11xen

One of the reasons why an additional team was included in PSL 2018 is to cash-in on the ever-increasing fame of the league. The Multan Sultans team managed to pull off their first match with absolute ease and the fans cannot stop talking about it. However, the real question is, whether Multan Sultans will be able to perform with such form throughout the season? Or this was just one lucky match? Let us know your opinions in the comment section below.

And to make PSL 2018 even more delightful, SavYour brings you exclusive PSL deals and discounts from a variety of premium brands. Download the app now and join the league to avail massive discounts up to 80%. 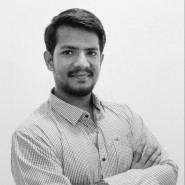